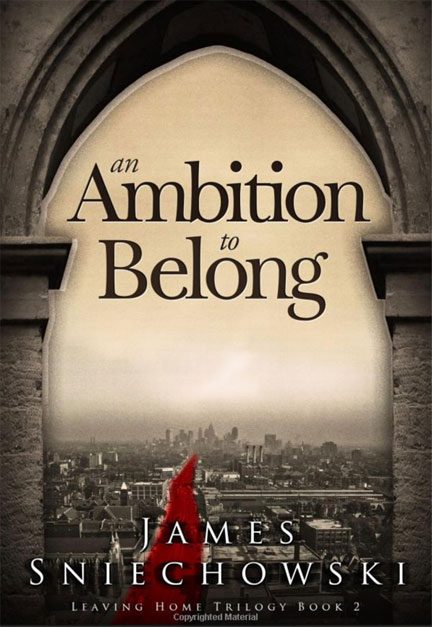 An Ambition to Belong continues Jim’s award winning Faction (fiction based in fact)!

Take a deeply emotional ride with Jim’s main character as he tries to find a place to belong! His Ambition to Belong grabs your heart and soul! And wins awards from American Eagle Awards, International Book Awards, and Maincrest Media!

In An Ambition to Belong, the second novel in Jim’s Leaving Home Trilogy, he develops the growth of his central character, now 14, who confronts the challenges of his life split between the traditional demand of his Old World Polish Catholic family in 1955 Detroit and the newly emerging but equally oppressive world of his University of Detroit High School, a Jesuit college preparatory institution set in the upper class suburbs designed to reflect and house Detroit’s burgeoning corporate executive class. Jim does not fit, not at home nor in school, and certainly not in the church. So, he joins a neighborhood street gang in an attempt to find some place to belong. Betrayed by a vicious and sadistic fellow gang member, by erudite and overbearing Jesuit priests, and by his own need to be known and loved, Jim is pushed and stretched into a personal discovery about prejudice that expands his world and directs the course of the rest of his life.

Available at Amazon in Audiobook, Kindle, and Paperback