What If Most Problems Stem From Your Early Childhood Environment? 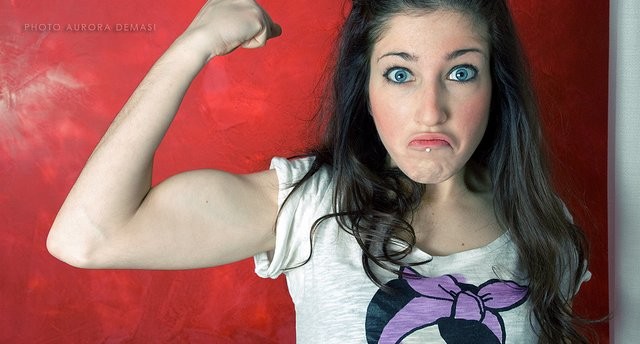 Yes, I know, you may want to shut down this article with a dismissive, “Oh great, more psychobabble!” – BUT the fact is you were once powerless within the environment you grew up in. And your little brain wasn’t advanced enough to help you sort out its impact on you.

In other words, everything that happened until you were about 7 or 8 (and finally brain-advanced enough to begin to assess what was going on around you), came in and landed in your unconscious mind. And it’s there to stay – unless and until you begin to question and analyze it.

So, for example, let’s say you are a Manager and one of the people who reports to you is chronically late. This employee does good work, and is a fine employee otherwise, but you find yourself making excuses rather than confronting her directly and insisting that she show up no later than 9am (or whatever would be appropriate for your company). Why would this be a problem for you? It may feel like a complete mystery unless and until you get some help unraveling the deep unconscious association with perhaps a mother/aunt/grandmother/nanny who was chronically late picking you up from school, leaving you helplessly stranded while your classmates were getting picked up on time, and knowing that if you complained you might get spanked, yelled at, denied dessert, or sent to your father for worse.

Or maybe one of your employees is overly familiar with some of the women on your team, and you know you should speak with him to make sure he behaves respectfully towards women and doesn’t get reported to HR. But somehow you can’t bring yourself to do it. Instead, you have to admit to yourself that you secretly hope he’ll be reported and “get caught.” Upon examination, if you have someone to help you take this apart, you may be reminded of your father/uncle/grandfather who was socially promiscuous, often flirting with other women in front of his wife, maybe even creating a bit of a scene that embarrassed everyone but himself. And as a child you felt powerless. In the unconscious mind, to confront your “beyond the bounds” employee would be the same as confronting your father/uncle/grandfather. And in the unconscious mind, that’s not allowed.

While there are now more and more accusations of sexual impropriety surfacing in the realms of media and politics, no one is yet looking at the unconscious motivations that prompted inappropriate behavior by the men, nor are we asked to examine what goes on in our culture that raises females to passively stick around rather than immediately walk out the door, or when appropriate land a good slap across the face and then depart immediately.

Obviously from what I’m writing about, the power of early childhood upbringing is being played out quite visibly – but not yet being diagnosed as a product of childhood abuse. And that’s unfortunate. If you care, research the articles about mothers who molest their sons, check out the evidence that Bill Clinton’s mother and grandmother were overtly obvious sex-addicts (for example: In Search of Bill Clinton: A Psychological Biography by John Gardner), and on the other side of this issue, talk with the women you know about how they were raised to be nice and conforming rather than bold and able to draw the line against men or women who mistreated them.

And now, what’s your response to all this?

Judith Sherven, PhD and her husband Jim Sniechowski, PhD http://JudithandJim.com have developed a penetrating perspective on people’s resistance to success, which they call The Fear of Being Fabuloustm. Recognizing the power of unconscious programming to always outweigh conscious desires, they assert that no one is ever failing—they are always succeeding. The question is, at what? To learn about how this played out in the life of Whitney Houston for example, and how it may be playing out in your own life, check out their 6th book: http://WhatReally KilledWhitneyHouston.com

Currently providing transformational executive coaching, leadership training, and consulting for LinkedIn and a dozen other Tech companies and individuals around the world, they continually prove that when unconscious beliefs are brought to the surface, the barriers to greater success and leadership presence begin to fade away. You can learn about their core program “Overcoming the Fear of Being Fabulous” by going to

Their 7th book, short and to the point, “25 Power Speaking Tips That Will Leave Your Audiences Wanting More,” is available in kindle at: http://tinyurl.com/25PWRSPKGTips