When You’re A Writer 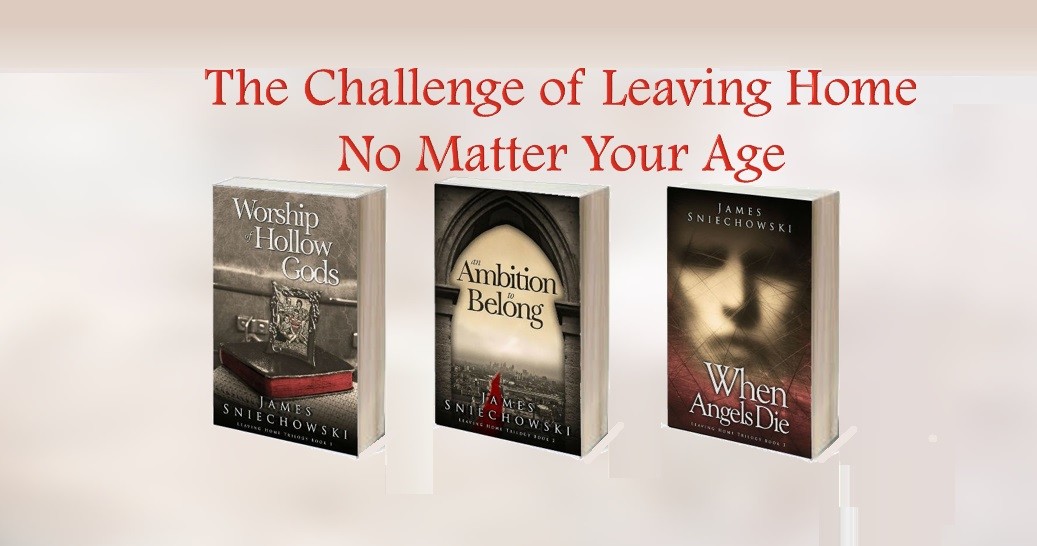 Sometimes, when you’re a writer, you have to help your readers understand what they’re about to read. For example, I’ve been working on a fiction trilogy of autobiographical novels beginning with my real life in 1950-60s Polish Catholic Detroit which I call “The Leaving Home Trilogy”. What follows is the Prologue I’ve written to guide my readers’ understanding and interest as they make their way through each of the three novels.

The words “leaving home” are central to my Leaving Home Trilogy. Leaving Home is most often understood as leaving a place of residence, more commonly known as your home. But in the Leaving Home Trilogy they take on a very different meaning. Every child grows up in the emotional home of their early years, and every child’s initial response to life is based on the emotional condition of that first home. An obvious example would be growing up in a home of violence leaving the impression of a violent world the child has come to expect needs to protect itself from. As the early expectations are experienced internally over and over they become habit, and as habit they recede into the unconscious mind from where they dictate many of the attitudes, beliefs, and behaviors of a person’s ongoing life. On the other hand, if the home is one of the care and support and respect for who the child is the child grows up into a world he or she can trust and thrive in. For any person to leave home no matter their age and no matter their early conditions, it is precisely the world of the unconscious impressions and judgments that every person unavoidably takes with them into their later life. The “Leaving Home Trilogy” is a three-book fictional series about how the lead character, Jim, struggles to free himself from the grip of his own unconscious restraints and the discoveries he and the reader make along the way.

(Book 1 “Worship of Hollow Gods” deals with Jim’s preadolescent struggles so get out from under the millstones imposed on him by the Old World Polish Catholicism of his peasant immigrant family — Book 2 “An Ambition to Belong” focuses on Jim’s desperate but resolute determination to find his place as he wrestles with the conflicting demands of his one hundred-year-old 1950s inner-city Detroit working-class neighborhood and the expectations of the upper class Jesuit college-prep high school he attends situated on the borderline between the inner-city and the suburbs which were burgeoning at that time house Detroit industry executives—(Book 3 “When Angels Die” – the novel of Jim’s leaving home and how he struggles to free himself from the grip of his own unconscious restraints and in his pursuit of a career as a professional stage actor as far from his roots as one could imagine revealing the discoveries he and the reader make along the way).

Are you familiar with repetitive unconscious even unwanted behaviors? What consequences have they produced in your life? How do you handle them?

Jim Sniechowski, PhD and his wife Judith Sherven, PhD http://JudithandJim.com have developed a penetrating perspective on people’s resistance to success, which they call The Fear of Being Fabulous. Recognizing the power of unconscious programming to always outweigh conscious desires, they assert that no one is ever failing. They are always succeeding. The question is, at what?

Currently working as consultants on retainer to Credit Karma providing executive coaching, leadership training and consulting as well as working with private clients around the world, they continually prove that when unconscious beliefs are brought to the surface, the barriers to greater success and leadership presence begin to fade away. They call it Overcoming the Fear of Being Fabulous. http://OvercomingtheFearofBeingFabulous.com